Our favorite Bobcat is making a triumphant return 20 years after virtually disappearing from the world stage (N64/PS1). Yes, that’s right, Bubsy is back and starring in an all new adventure, Bubsy: The Woolies Strike Back! Yep, those no-good, yarn stealing always annoying intergalactic trolls, the Woolies, are up to their no-good ways once again! They’ve stolen Bubsy’s most prized possession, the Golden Fleece. Now Bubsy is on a one Bobcat mission taking on Woolies, Bumble Bees, Sharks, and UFO’s to collect an insane amount of yarnballs and bring his Holy Grail of Wool home.

2D, or not 2D? Bubsy thinks 3D is so 1998 that he’s going back to the 2D well with a huge assist with his good friends at Black Forest for 14 rip roaring levels of side scrolling action. Watch Bubsy glide like a bat, jump like a jack rabbit, bounce like a red rubber ball and run…run Bubsy run. This is the Bubsy adventure you were born to play. 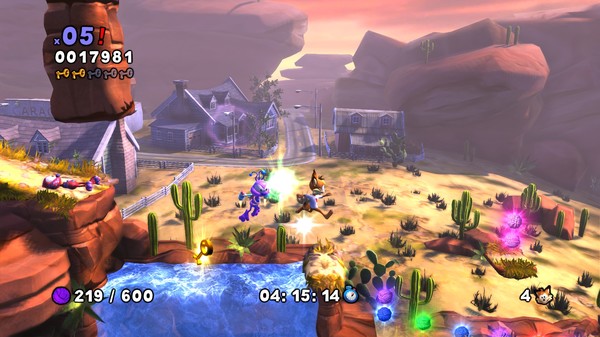 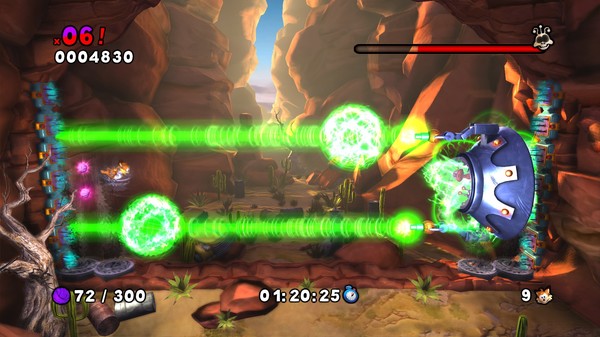